BORN TOO SOON; Group B strep as a cause of preterm birth

Each year on November 17th, World Prematurity Day is observed to raise awareness about preterm birth and what these babies and their families face across the world. Approximately 15 million babies are born preterm each year, which accounts for over 1 in 10 of all babies born across the globe. Complications from preterm birth are a leading cause of death for children under the age of five, which accounts for nearly 1 million deaths each year. For preterm babies who do survive, many face the additional burden of premature-related disabilities that can have a significant effect on individuals, families, and healthcare systems. Preterm birth can be caused by a number of infection causing agents and one such predator is Group B streptococcus or more commonly referred to as GBS.

What do we know about GBS?

GBS is a type of bacteria often found in the urinary tract, digestive system, and reproductive tracts. GBS is carried in the vagina and rectum of 2–4 in 10 women (20–40%) in the UK. GBS is not a sexually transmitted disease and most women carrying GBS will have no symptoms. However, occasionally in pregnant women, GBS can cause infection of the urinary tract, placenta, womb, and amniotic fluid.

Even if they haven’t had any symptoms of infection, pregnant women can pass the infection to their babies during labor and delivery.

How is it diagnosed?

In pregnancy, GBS can be detected through a vaginal or a rectal swab or when a urine test is done.

In the UK, the NHS does not routinely offer all pregnant women screening for GBS. However, it is now the standard of care in the US and several other countries for all pregnant women to be routinely tested for GBS at 35–37 weeks during each pregnancy unless their urine already cultured positive in the current pregnancy.

How can GBS affect babies?

GBS can infect your baby even before your water breaks. GBS infections before birth are called “prenatal-onset.”

GBS can cause preterm labor, causing your baby to be born too early. GBS infection can also cause your water to break prematurely without labor starting, causing your baby to lose a significant layer of protection. This type of GBS disease is often overlooked or not recognized, discounting the thousands of babies who have been lost or harmed by GBS before birth.

It is thought that babies are most often infected with GBS as they pass through the birth canal. GBS infections within the first week of life are called “early-onset.”

Babies can become infected with GBS by sources other than the mother. GBS infections after the first week of life are called “late-onset.”

Newborns and infants with GBS disease might show these signs of fever, feeding problems, breathing issues, irritability, inactivity and trouble maintain body temperature.  In more serious cases, infected babies can also develop pneumonia, sepsis, and meningitis, which in some cases, can lead to hearing loss, vision loss, learning disabilities, seizures and even death.

How does GBS ascend into the uterus?

Studies have reported that once GBS has colonized the vagina, it ascends intro the pregnant uterus, traversing the cervix, eventually getting into the fetal membranes, causing severe inflammation that triggers labour, otherwise also known as preterm premature rupture of membranes (PPROM). This phenomena of inflammation of the fetal membranes is referred to as chorioamnionitis which often but not always is caused by ascending polymicrobial infection and in most cases will also involve the placenta. It is important to know that many times, chorioamnionitis can be a mixed infection, in that multiple bacteria can be detected, however, GBS has been identified as a common and more prevalent cause.

In a nutshell, upon colonization of the vagina, GBS can cause inflammation by invading the fully intact fetal membranes, which can affect the lungs of the developing fetus. Once inflammation occurs this can drive PPROM, preterm birth, stillbirths, neonatal sepsis and even sepsis in the mother.

Despite the burden of preterm births as result of GBS colonization, it is still a major preventable cause of maternal and infant ill health globally. Current GBS prevention focuses on giving antibiotics to women in labour, aiming to reduce disease in infants at delivery. At least 60 countries have a policy for antibiotic use in pregnancy to prevent newborn GBS disease. Of those, 35 have a policy to test all pregnant women to see if they carry GBS, and the remaining 25 countries identify women with clinical risk factors. However, implementation of these policies varies around the world.

Even if antibiotics were given to all pregnant women identified through screening strategies, they target mainly early-onset GBS disease in newborns, not GBS disease before delivery causing preterm and stillbirth. Ultimately, a maternal GBS vaccine could prevent many more cases and deaths worldwide.

The first few days and weeks of a baby’s life are the most vulnerable. By filling in one of the great voids in public health, the development of an effective Group B Strep vaccine to immunize expectant mothers is a potentially ground-breaking approach that could dramatically reduce the number of maternal and child deaths worldwide. 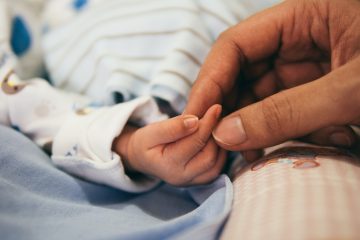 Group B Streptococcus colonization in mothers from Karachi, Pakistan

By Javairia Khalid, Lecturer, The Aga Khan University, Pakistan An estimated one in five pregnant women around the world carry Group B Streptococcus (GBS) bacteria which is a major, yet preventable, cause of maternal and Read more…